A Graduate School alumna, Lisa Brandes now serves as Director of the McDougal Center and Assistant Dean of the Graduate School of Arts and Sciences. She received her B.A. in political science from Louisiana State University in Baton Rouge and earned her M.A., M.Phil and Ph.D. in Political Science from Yale, specializing in international relations.

Lisa lives in the Westville neighborhood of New Haven with husband Scott McLean, son Charlie, and one elderly cat. She is active in local political, church, and community groups and enjoys gardening, baking, arts and scifi. Read more Heather Samson Calabrese joined the Office of the Secretary in October 2013. She oversees communications initiatives within the Office of the Secretary; major university events including Commencement; and university lectures including the Grand and Terry lectures. Prior to joining Yale, Heather was an independent nonprofit consultant and the chief operating officer of United Way of Greater New Haven. She is active in Greater New Haven civic efforts and serves on several community boards, including New Haven Reads and The Community Foundation for Greater New Haven’s Fund for Women and Girls. She is a fellow in Ezra Stiles College.

Sarah Scott Chang joined Yale in 2017, prior to becoming the director of Student Accessibility Services, she served as Associate Director. Sarah manages the office that is responsible for coordinating services for all students with disabilities at Yale. The office partners with others throughout the University to ensure that guests with disabilities have the accommodations needed for a safe and robust experience while visiting on campus. Before coming to Yale, Sarah has worked in a number of settings dedicated to supporting individuals with disabilities including serving as a disability advocate in Joplin, Missouri, as a support coordinator for a number of residential facilities, and as a resource coordinator at Washington University in St. Louis. Sarah has a bachelor’s in Sociology from the University of Missouri and her juris doctorate from the University of North Carolina School of Law at Chapel Hill.

Elizabeth Conklin joined Yale University in the inaugural role of Associate Vice President for Institutional Equity, Access, and Belonging in September 2020. In this role, Elizabeth provides leadership for Yale’s institutional equity, access, and belonging strategy and initiatives. This includes overseeing the Office of Institutional Equity and Access, Student Accessibility Services, and the Office of LGBTQ Resources. Elizabeth’s work also focuses on ensuring training for university community members on responding to discrimination and harassment and creating a culture of belonging to prevent such behaviors.

Prior to joining Yale, Elizabeth worked at UConn for ten years, beginning as an investigator in the Office of Institutional Equity (OIE) and then for eight years serving as Associate Vice President for OIE as well as the University-wide Title IX Coordinator and ADA Coordinator.  In this role, Elizabeth was responsible for oversight of the University’s discrimination and harassment prevention and response initiatives across all campuses, including investigations and training, search and hiring affirmative action and equal employment opportunity compliance, and various diversity and harassment prevention initiatives. As UConn’s Title IX Coordinator, Elizabeth coordinated the University’s response to reports of sex-based discrimination, including sexual harassment and sexual violence and as ADA Coordinator, she oversaw efforts to ensure accessibility for students, employees and visitors across UConn’s campuses.

Prior to her time in higher education administration, Elizabeth was an attorney with the Hartford firm Livingston, Adler, Pulda, Meiklejohn and Kelly, practicing labor and employment law. Elizabeth represented employees with claims of employment discrimination, wrongful termination, sexual harassment and many other disputes in all phases of litigation, including negotiation, mediation and arbitration, and trial work in state and federal courts. Elizabeth additionally represented labor unions before state and federal agencies and at arbitrations and in negotiations. Prior to entering private practice, Elizabeth served a one-year term as a Legal Research Law Clerk with the Connecticut Superior Court. Ryan joined the Office of the Secretary and Vice President for University Life in March 2017. In her role she supports various communications initiatives, including website development and social media; major University events, and manages the Baccalaureate Ceremonies. Ryan has been at the university since 2011, and previously served in various administrative and communications roles at the Office of the Vice President for West Campus and Human Resources.

Andrew Forsyth joined the Office of the Secretary and Vice President for University Life in August 2017, and is a senior advisor to Secretary Kimberly Goff-Crews on university life.  This work includes: Belonging at Yale (diversity, equity, and inclusion) and student life. Andrew’s ongoing duties include support for the Secretary’s advisory committees, Woodbridge Fellowship, Terry Lectures, Porter & Field Prizes, and trustees’ engagement with students.

A 2017 Yale Ph.D. graduate, Andrew previously studied in his native Scotland, at Harvard as a Fulbright scholar, and at Trinity Hall, Cambridge. He has taught courses on law, morality, and religion in Yale College and Yale Divinity School, and is a fellow of Saybrook College. His first book was published by Cambridge University Press in 2019. 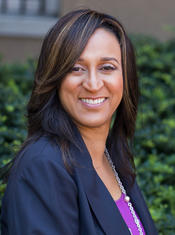 Kimberly Goff-Crews is secretary and vice president for university life at Yale. She is responsible for the university’s work to further diversity, equity, and inclusion in service of the university’s mission, and ensures the alignment of policies and procedures to maximize support for all students. She also oversees the university chaplaincy and the conduct of official university functions, including Commencement.  Read more 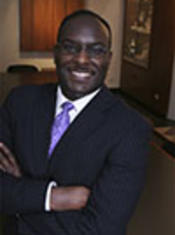 Dean Burgwell “Burgie” Howard joined the Yale College Deans Office in August 2015, and serves as the Dean of Student Engagement within Yale College and Associate Vice President of Student Life at the University.

Dean Howard has made a career supporting students at colleges and universities, including those at Bowdoin College, Colgate University, Santa Clara University, Dartmouth College and, most recently, Northwestern University where he served as Asst. Vice President and Dean of Students.

He is a graduate of Dartmouth College and Stanford University. He loves dogs, lacrosse, tennis, skiing and meeting, and helping students. He never ceases to be amazed at the creativity and capacity of students. He enjoys exploring and contributing to the Yale community. 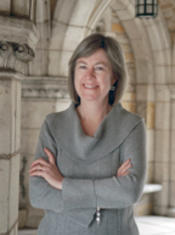 Sharon M.K. Kugler became the seventh University Chaplain to Yale in July of 2007. She came to New Haven from Johns Hopkins University in Baltimore where she had served as the University Chaplain since 1993.  Sharon has over two decades of experience in ministry in higher education, interfaith collaboration, pastoral and social ministry. Her main focus at Yale is to further cultivate a chaplaincy for students, faculty and staff which defines itself by serving the needs of the richly diverse religious and spiritual traditions on campus allowing for deeper dialogue, increased accessibility, personal growth, creative educational opportunities and pastoral leadership.  Sharon holds the appointment of Lecturer of Inter-Religious Engagement and Chaplaincy at the Yale Divinity School and is a contributing author to the recently published College & University Chaplaincy in the 21st Century: A Multifaith Look at the Practice of Ministry on Campuses across America.  She is the first woman, first lay-person and first Roman Catholic to hold this position at Yale.

Sharon is the past president of both the National Association of College and University Chaplains (NACUC) and the Association of College and University Religious Affairs (ACURA).  She currently serves on the Executive Committee of the International Association of Chaplains in Higher Education (IACHE).  In June of 2012 she hosted the Global Conference of Chaplains in Higher Education at Yale University welcoming over 450 participants from 25 countries and 11 religious traditions.  Sharon received her Masters degree from Georgetown University and is a member of the Theta Alpha Kappa National Honor Society for Religious Studies and Theology. Her masters thesis, “The Limits and Possibilities of Building a Religiously Plural Community” was used by the United States Department of Defense Office of the Chief of Chaplains as a training tool for new chaplains in the military. Sharon has received honorary doctorates from St. Joseph University in West Hartford, CT, Santa Clara University in Santa Clara, CA and Fairfield University in Fairfield, CT. She is married to Duane Isabella, has two daughters and four grandchildren.

Gena McGuire joined the Office of the Secretary as Senior Administrative Assistant in February 2018.

In this role she supports the Secretary and Vice President for University Life while working on special projects as needed.  Before joining the Office of the Secretary Gena spent over a decade in New York City enjoying a successful career in hospitality management.

Gena is a professional musician and enjoys spending time with her husband, three sons, and dog.

Maria Trumpler is the founding Director of the Office of LGBTQ Resources which has recently moved into new space in Founders Hall at 135 Prospect St. The Office of LGBTQ Resources provides education, outreach, and advocacy around issues of gender identity and sexual orientation.  Maria came to Yale in 1983 as a graduate student, and after receiving her PhD in 1992 in History of Medicine and Life Science, was an assistant professor in the History of Medicine.  After a few years making artisanal cheese in Vermont, she returned to Yale  in 2005 and also serves as Senior Lecturer in Women’s, Gender and Sexuality Studies, teaching the courses “Women, Food and Culture” and “History of Sexuality.”