Since the commencement of 1702, the Yale Corporation has awarded honorary degrees to recognize outstanding achievement. Currently, the honorary degrees awarded annually at the University’s Commencement are the highest honors conferred by Yale. From Martin Luther King, Jr. to Frank Lloyd Wright and Cole Porter, those who have received honorary degrees represent collectively the aspirations of this institution. Recipients over the years have been models of excellence and service to our students, to our graduates, to our community, and to the world.

At Commencement, the Provost announces the name of each recipient, the senior marshal and corporation marshal place a hood over the shoulders of the recipient, and the President reads a citation and confers the degree.

The Master of Arts degree was the principal honorary degree awarded between 1702 and 1773. Since 1902 it has been awarded privatim to tenured faculty and University Officers and Yale Corporation Fellows who do not already hold M.A. or Ph.D. degrees from Yale.

The Bachelor of Arts degree, referred to as ad eundem grandum, was most frequently conferred upon the holder of a degree earned in the same year at another institution. This was awarded from 1705-1879.

View the list of Yale honorary degree recipients since 1702. 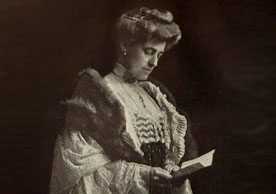 In 1923, Edith Wharton became the first woman to receive an honorary Doctorate of Letters from Yale University.